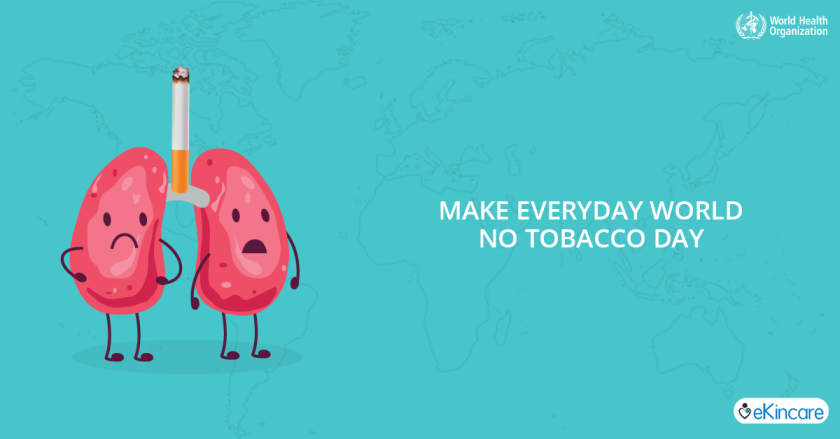 How many times have you just accompanied your friend for a “sutta break” even though you do not smoke. Sometimes, as a subordinate , you are forced to be a part of the break. As a wife, you often sit in the car while your husband smokes. Young children get uncomfortable but do not condemn parents for smoking because they love unconditionally and of course the unborn baby in the mother’s womb can’t do much about the choking smoke. Did you know that being a passive smoker puts you at greater health risks than the smoker itself!

Sidestream smoke is about 4 times more toxic than mainstream smoke, although people inhale it in a more diluted form. This is because sidestream smoke contains much higher levels of many of the poisons and cancer-causing chemicals in cigarettes, including:

Breathing in other people’s smoke, also called second-hand smoke, can cause cancer. Passive smoking can increase a non-smoker’s risk of getting lung cancer by a quarter, and may also increase the risk of cancers of the larynx (voice box) and pharynx (upper throat).
Second-hand smoke can cause other health problems too, including heart disease, stroke and breathing problems.

There is no risk-free level of exposure to secondhand smoke. Secondhand smoke causes numerous health problems in infants and children, including more frequent and severe asthma attacks, respiratory infections, ear infections, and sudden infant death syndrome (SIDS). Smoking during pregnancy results in more than 1,000 infant deaths annually.
Some of the health conditions caused by secondhand smoke in adults include coronary heart disease, stroke, and lung cancer.

Secondhand Smoke Causes Cardiovascular Disease
Exposure to secondhand smoke has immediate adverse effects on the cardiovascular system and can cause coronary heart disease and stroke.

Breathing secondhand smoke can have immediate adverse effects on your blood and blood vessels, increasing the risk of having a heart attack.

People who already have heart disease are at especially high risk of suffering adverse effects from breathing secondhand smoke and should take special precautions to avoid even brief exposures.

Sudden Infant Death Syndrome (SIDS) is the sudden, unexplained, unexpected death of an infant in the first year of life. SIDS is the leading cause of death in otherwise healthy infants. Secondhand smoke increases the risk for SIDS.

Parents can help protect their babies from SIDS by taking the following three actions:

Parents can help protect their children from secondhand smoke by taking the following actions:

Dr Pooja Chhawcharia is the Senior Nutritionist at eKincare with over 7 years of experience in Nutrition education, diet counseling and research. She is a Registered Dietician with the Indian Dietetic Association and Certified Diabetes Educator recognized by the International Diabetes federation . She is also interested in ancillary sciences such as Yoga and Naturopathy. View all posts by drpoojachhawcharia